Lophophora williamsii Origin and Habitat: Grows in an area that stretches from from the Chihuahuan Desert to the South Texas Plains, on either side of the middle and lower Rio Grande River, southward to the Mexican states of Chihuahua, Coahuila, Durango, Nuevo León, San Luis Potosí, Tamaulipas, Zacatecas. Extensive stands of peyote occur on the low, rocky hills in Starr, Zapata, Webb, and Jim Hogg counties of southern Texas.
Altitude: It grows from 100 up to 1900 metres above sea level.
Habitat and Ecology: This geophytic, button-like cactus occurs in xerophyllous scrub including Tamaulipan thorn scrub isolated or in groups usually in calcareous deserts, on rocky slopes, or in dried river beds. The species is very abundant in habitat with large number of mature individuals however many subpopulations of Lophophora williamsii are heavily harvested in the wild throughout the range of the species, some to the point of extirpation. In Mexico, collection is illegal and people are punished for collecting it. Land use change for agriculture is a significant threat, as the land is completely ploughed, thus eliminating all vegetation including L. williamsii and its seed bank.

Description: Lophophora williamsii is a solitary or (rarely) caespitose, spineless cactus, normally unicephalous but becoming polycephalous with age or injury,
Stem: Glaucous green, dull bluish or greyish green, very succulent, globular, top-shaped, or somewhat flattened up to 6 cm tall, 12 cm diameter, with a woolly top; The subterranean portion of the stem, which is as wide as the aerial portion, extends several cm below the surface of the ground and transitions smoothly (through a thin hypocotyl) into a large taproot which may extend over 25 cm below ground level.
Ribs: (5 when young) 7 to 13 (very rarely 4 or 14 ) broad, rounded, straight, or spiralled, often tuberculate, sometimes irregular and indistinct, with transverse furrows forming more or less regular, polyhedral tubercles;
Roots: Napiform, usually 8-11 cm long 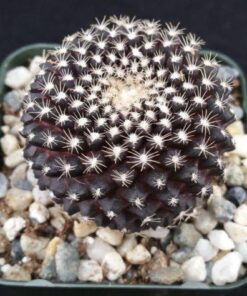 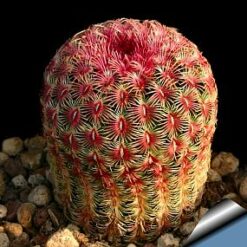 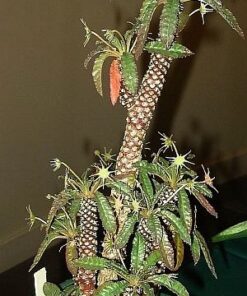 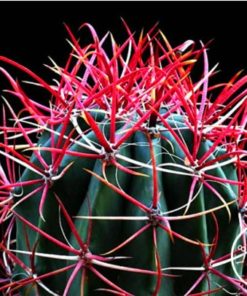 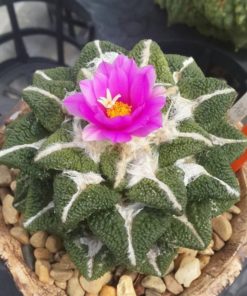 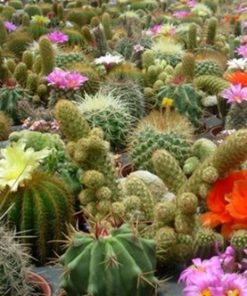 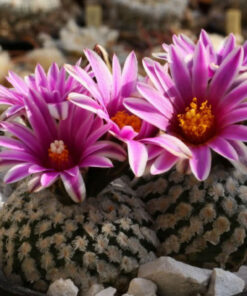 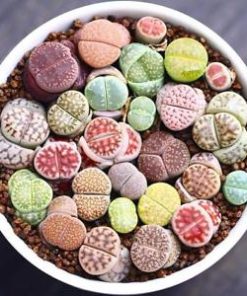