Due to COVID disruptions, you might experience longer delivery times, and No Delivery in Mizoram, Manipur Chhatisgarh and Nashik.We regret the inconvnience caused. Thanks for your patience Dismiss Gymnocalycium Damsi Description: Gymnocalycium anisitsii subs. damsii, firstly described as Echinocactus damsii by K.Schum. In 1903, is a very easy to grow and very free-flowering cactus, it may be solitary or freely offsetting. This is a plump species with somewhat rounded ribs. It is generally included within (as a synonym of) Gymnocalycium anisitsii |SN|32748]], suggesting that there is not really a fundamental difference between the two and there remains a considerable confusion surrounding the true identity of this this plant. Flower colour is variable, typically white but in Bolivia they are usually more coloured, from pale pink to reddish violet. Typically it has shorter spines less than 12 mm long. In its resting state the plant assumes a characteristic deep brown pigmentation, while new growth emerges as a deep green colouration. Gymnocalycium anisitsii subs. damsii will continue to flower and it is not unusual (in Europe) for blooms to be open on these during the Christmas period.
Stem: Simple, spherical-depressed to short cylindrical, up to 10 cm tall, 8-15 cm in diameter, green, pale-green or brownish-green, and highly decorative, often with horizontal clear and dark strips. Like other species of the subgenus Muscosemineum, G. damsii has a high proportion of a red pigment (betalain) in the epidermis.
Ribs: About 10, broad to acute, and more or less notched into chin-shape protrusions or warts.
Spines: All radials, 5-8, straight or slightly tortuous, short, the longest up to 12 mm (or more) long, nearly useless in terms of defence. Young spine are pastel-white or yellowish with a darker tip, later become pale-grey.
Central spines: Usually absent.
Flowers: From the centre, narrow funnelform, about 6 cm long. External perianth segments greenish whit reddish margins, internal perianth segments oblong, white to light pinkish or greenish spreading. Scales on the ovary and flower tube small, scattered.
Blooming season: It produces flowers almost continuously during the year.
Fruits: Oblong, 2,5 cm long, 6 mm in diameter, reddish at maturity.
Remarks: Seems to be a pretty variable plant you might get some other names which are effectively the same plant…. and also not sure all plants identified as this are really this. 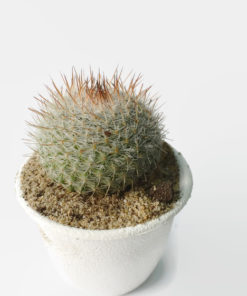 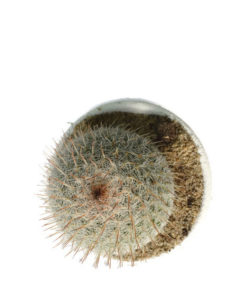 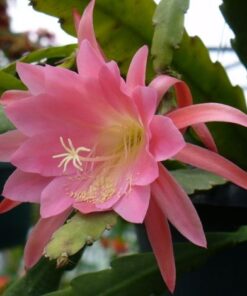 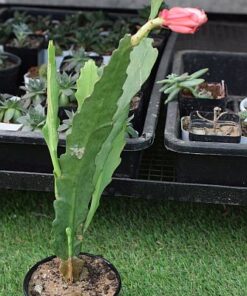 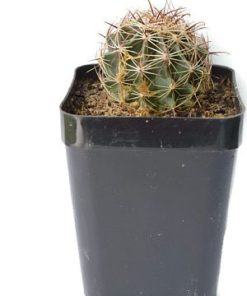 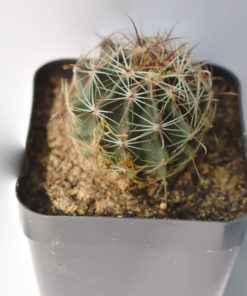 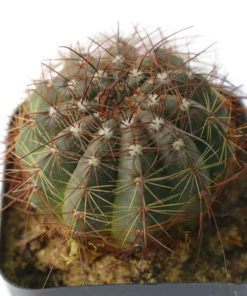 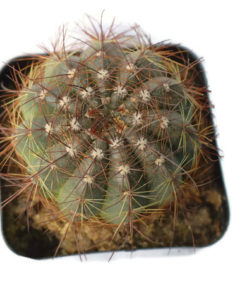 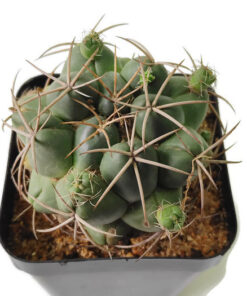 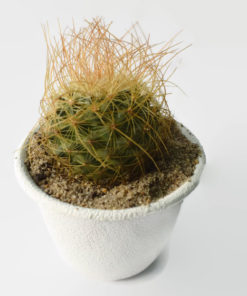 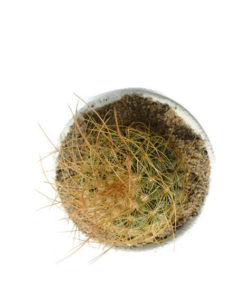 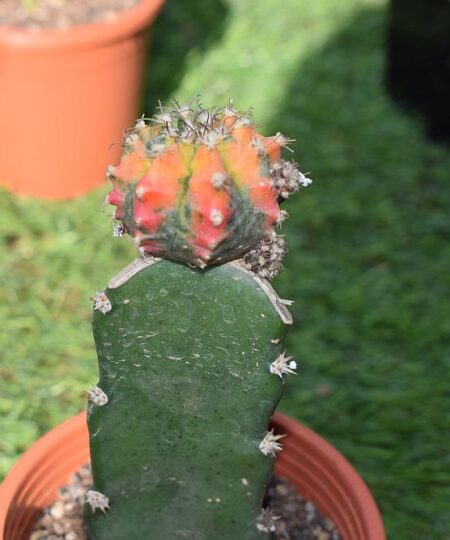 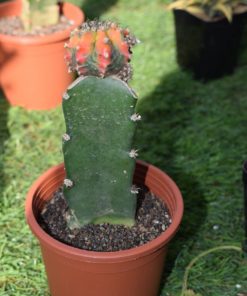 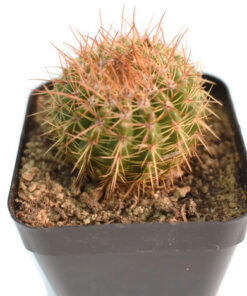 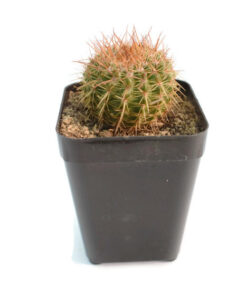